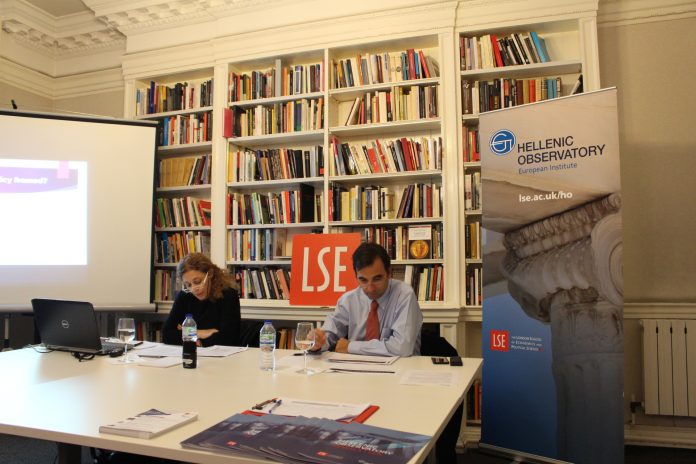 Greek-Russian relations have recently sparked an interest in academic circles and the broader public. In Greece, the debate has not merely centered on the question of whether Greece’s Russia policy is based on the right premises, but discussions concern the general strategic orientation of Greek foreign policy. Athens today faces a strategic choice on how to model its own policy, and how to contribute to the re-shaping of a new European order and EU governance. Greece’s Russian policy examined through the above parameters.

Dr Panagiota Manoli is Assistant Professor in Political Economy of International Relations at the Department of Mediterranean Studies, University of the Aegean (Greece). Head of the Slavic, East European and Eurasian Studies Programme at the Hellenic Foundation for European and Foreign Policy (ELIAMEP, Athens). She has been Director of Studies and Research at the International Center for Black Sea Studies – ICBSS (Athens, 2005-2009), and Secretary of the Economic Affairs Committee of the Parliamentary Assembly of Black Sea Economic Cooperation (Istanbul, 2000-2004). She is an Associate Editor of the Journal Southeast European and Black Sea Studies (Routledge/Taylor and Francis). She graduated from the School of Law, Economic and Political Sciences, University of Athens and holds an MA and PhD from the University of Warwick where she studied as an Alexandros A. Onassis scholar. Her research interests and publications focus on comparative regionalism, security and development, European Neighborhood and Black Sea politics.

Dr Spyros Economides is Associate Professor in International Relations and European Politics at the LSE and Deputy Director of the Hellenic Observatory. He received the Robert Mackenzie Prize for his doctoral thesis on The International Implications of the Greek Civil War. His subsequent work has concentrated on the international affairs of South-eastern Europe and EU external relations in the field of foreign and security policy on which he has published widely. His expertise focuses on: Balkans; EU foreign policy; European security; Greece; US foreign policy; foreign affairs; former Yugoslavia; Southeast Europe

Hosted by the Hellenic Observatory

Listen to the podcast here

We are more than happy to announce the program for the 2nd Research Webinar Series on Modern Greek Studies, co-organised by the GPSG and the @BSA, convened by @EiriniKaramouzi and @LampriniRori, kindly hosted by @johnben71964904.

The British School at Athens@BSAthens·
21 Jun

Join us today(17.00 UK) for the last BSA/GPSG webinar of the year on Modern Greek Studies! @IKovras will present "Who’s sorry now?Explaining (Non) Apologies in Post-Crisis Europe". His research will be commented by @SKalyvas. Registrations via https://bit.ly/2STYcho

You may now find the video of the entire #webinar "The EU’s Response to the Covid-19 Pandemic: Policies of Integration, Recovery and Resilience" accessible at https://www.youtube.com/watch?v=Y_aEFUpcEvo

👉The new GPSG @GrPoliticsSG Newsflash is out! It includes, among others:
📌A Call for Expressions of Interest for up to 4 new posts in the group's Exec Committee
📌An invitation to a GPSG/BSA research webinar on Monday 14/6, 17.00UK
https://gpsg.org.uk/gpsg-newsflash-03-21/