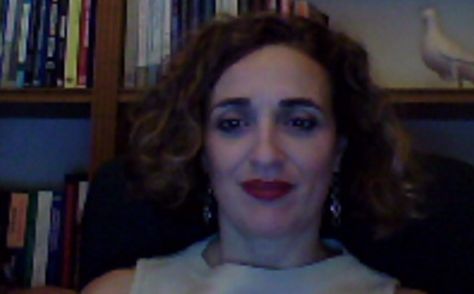 Analysing Crisis Discourse in Greece: who should we blame?

Hosted by the Hellenic Observatory

This seminar will analyse differences in the variety of political rhetoric on structuring and legitimizing argumentation and strategies during periods of economic and political crisis.

Driven by developments in theory about blame-shifting and ‘exogenisation’ of the causes of crisis as well as employing advanced techniques of analysis, the seminar will focus on the parliamentary bailout debates in Greece during the ‘crisis’ period (2009-2015). By means of Computer Assisted Content Analysis (CATA) the speaker will analyse the content of arguments which relate to blame shift.  It will be shown that blame-shifting is much more complex that just blaming the external enemy and often takes the form of ‘historical blame shifting’, turning the blame to previous governments. It will be revealed that party leaders often use a much more polemic discourse than Members of Parliament (MPs). Finally, it will be shown that blame-shifting diminishes once a party comes to power following Mair’s (2009) representative versus responsible government argument.

Stella Ladi is a senior lecturer at Queen Mary University of London and an assistant professor at Panteion University in Athens. She previously worked as a lecturer at University of Sheffield and University of Exeter. She has also been a Research Fellow at the Barcelona Institute of International Studies (IBEI). She has acted as a public policy expert at the Ministry of the Interior and the Ministry of the Aegean, Greece. In July 2002 she completed her PhD thesis at the University of York.   Her research interests include the Eurozone crisis, public policy and public administration reforms, Europeanization, global public policy and transnational administration and the role of experts in public policy. She has published in journals such as JCMS, Policy & Society, Regulation & Governance, Public Administration, West European Politics, New Political Economy, Comparative European Politics and Political Studies Review. She is co-convenor of the Greek Politics Specialist Group (GPSG) of the Political Studies Association (PSA).

Kevin Featherstone is Eleftherios Venizelos Professor of Contemporary Greek Studies and Professor of European Politics and Director of the Hellenic Observatory.

The British School at Athens@BSAthens·
21 Jun

Join us today(17.00 UK) for the last BSA/GPSG webinar of the year on Modern Greek Studies! @IKovras will present "Who’s sorry now?Explaining (Non) Apologies in Post-Crisis Europe". His research will be commented by @SKalyvas. Registrations via https://bit.ly/2STYcho

You may now find the video of the entire #webinar "The EU’s Response to the Covid-19 Pandemic: Policies of Integration, Recovery and Resilience" accessible at https://www.youtube.com/watch?v=Y_aEFUpcEvo

👉The new GPSG @GrPoliticsSG Newsflash is out! It includes, among others:
📌A Call for Expressions of Interest for up to 4 new posts in the group's Exec Committee
📌An invitation to a GPSG/BSA research webinar on Monday 14/6, 17.00UK
https://gpsg.org.uk/gpsg-newsflash-03-21/

Join us on Monday, 17.05 for the webinar "The EU's Response to the Covid-19 Pandemic". Dr Alexandros Kyriakidis will present research published under the GPSG WP series. The discussion will be coordinated by Dr Panagiota Manoli and the paper commented by Dr @stella_ladi

Join us as of tomorrow, until March, 31st at the 71st Political Studies Association (PSA) Annual International Conference, convened by Queen’s University Belfast (QUB). To follow one of the five panels organized by the GPSG, follow the link https://bit.ly/3rtsT8E